-35 is a pleasant temperature for a fast walk 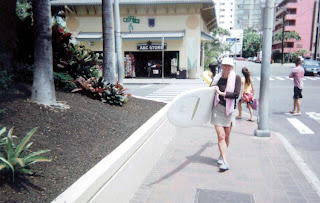 I'm not kidding. Too cold for my redbone coonhound, just right for multi-layered me. So I did the rounds: post office (think old-fashioned, with a key, and everyone stops to chat), then to the Credit Union, where my 791,000 in Indonesian Rupiah ($100 CDN) arrived just in time for my trip to Bali.

The countdown is on: son Logan and I leave Saskatoon via Via (as in Rail) for Vancouver on Dec. 27th, and from Vancouver for Bali on December 31st. I'm trying to learn a little Bahasa Indonesia, but all I can remember is "sama sama," which means "don't mention it."

And I'm forever reminded how small the world is: a friend who teaches English in Taiwan said he's going to be there at the same time, with his surfing buddies. How lucky is that? Logan's all about the surfing, and I kinda dig it, too. Last time I did it was in Hawaii (see above) a year ago.

Okay, I'm perspiring after that bracing walk. Hot bath, here come I.
Posted by Shelley Anna at 9:33 AM No comments: 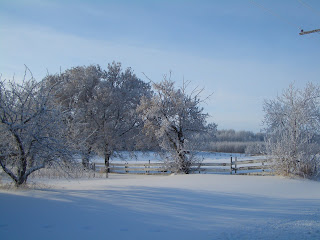 Time, or lack thereof. The 21st century rant. So what the hell am I doing starting a blog?
Je ne sais pas.

Could be that I live alone.

I'll sometimes go to great lengths to avoid writing "real" stuff, that may one day end up (or not) in a book.

My dog's not great at making conversation.

It's not yet 10 p.m. I simply cannot start going to bed before 10 p.m. And what? Wake up at 3 a.m., like last night, and draw self-portraits in charcoal (while not wearing my glasses). Horrors.
What does it say about my potential as an artist that it's always more fun to make up the titles than it is to create the work itself?

No one knows I'm out here yet, but I'll say it: Hello, world. Wow. Like throwing a rubber ball (those red and blue ones, with the white stripe in the middle) against a brick wall. Comes right back at ya.
Posted by Shelley Anna at 7:29 PM No comments:

Labels: And so it begins.
Newer Posts Home
Subscribe to: Posts (Atom)