Why do we take photos of landmarks? I have been to the Louvre in a room jammed hip-to-hip, and I swear that most of the gallery patrons only saw the "Mona Lisa" through the lens of their camera. (Or even worse, through their smart-phone's camera).

I am guilty, too.

Subconscious boasting of global travels? Appreciating the beauty (or ugliness, or originality) of the subject? Proving to our disbelieving selves that yes, once upon a time, We Were There?

What if the photo below was not really about capturing one of Lisbon's famous trams. Let's say the heart of it is really the woman in the black and white dress. Would the photo be less interesting if she was the intended subject of this image, or would it be more compelling? 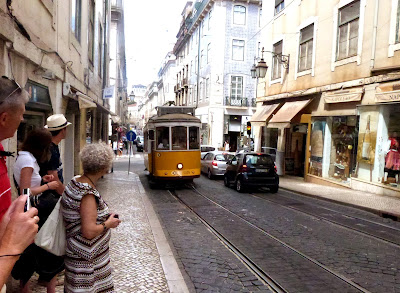 Of the following disparate images (Frank Gehry's "Dancing House" in Prague, and an image I took while on a solitary hike in Portugal's Algarve), I prefer the latter. It makes me feel something, whereas with Gehry's dancing house, impressive and anachronistic as it is in central Praha, I felt I was fulfilling an obligation to shoot the thing. In short, it was work. See it, click it, feel relief to be done.

Visiting cathedrals and castles can also be laborious. This summer I found myself thinking that I should "get them out of the way" before I could go on to what I found more interesting:
the everyday. The people you talk to at the next table. The discoveries of what is beyond that hill, around that corner. 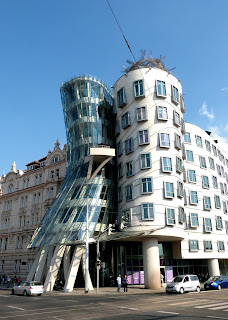 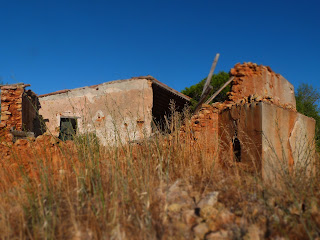 I am making small things of nothing as I toil at selecting from the hundreds of photos to post here. It is work. I am becoming technologied out.

Remember when you'd visit a relative or you were meeting a new boyfriend's parents and they brought out the photo albums? Look at little Johnny in short pants. Look at him holding the kitten upside down by its tail. Yes, that's him there. That smudge was my thumb. It was duller than reading appliance manuals.

But I am a creature of common habits, and perhaps there is something in the following photos -- an angle, a bar of light, a feeling -- that you've not already viewed or experienced a thousand times over. 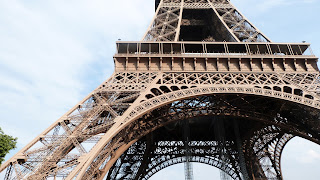 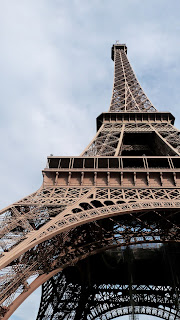 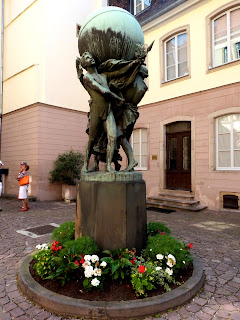 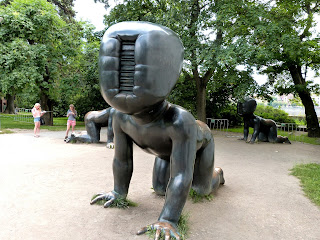 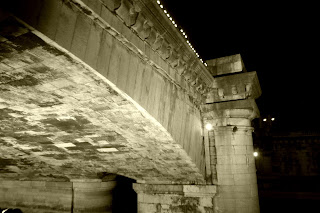 Beneath a bridge on the Seine, Paris
(on a boat cruise, after a night-cycling tour)